Reclaiming Iraq: The 1920 Revolution and the Founding of the Modern State (Hardcover) 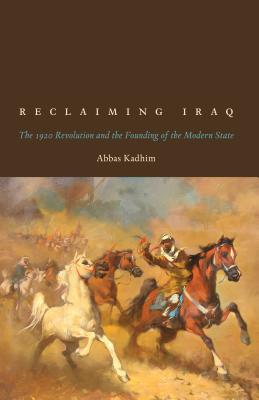 By Abbas Kadhim
Unavailable, our apologies.
Out of Print

While some scholars would argue that there was no "Iraq" before King Faysal's coronation in 1921, Iraqi history spans fourteen centuries of tribal communities that endured continual occupation in their historic homeland, including Mongol invasions in the thirteenth century and subsequent Ottoman and British invasions. An Iraqi identity was established long before the League of Nations defined the nation-state of Iraq in 1932. Drawing on neglected primary sources and other crucial accounts, including memoirs and correspondence, Reclaiming Iraq puts the 1920 revolt against British occupation in a new light—one that emphasizes the role of rural fighters between June and November of that year.

While most accounts of the revolution have been shaped by the British administration and successive Iraqi governments, Abbas Kadhim sets out to explore the reality that the intelligentsia of Baghdad and other cities in the region played an ideological role but did not join in the fighting. His history depicts a situation we see even today in conflicts in the Middle East, where most military engagement is undertaken by rural tribes that have no central base of power. In the study of the modern Iraqi state, Kadhim argues, Faysal's coronation has detracted from the more significant, earlier achievements of local attempts at self-rule. With clarity and insight, this work offers an alternative perspective on the dawn of modern Iraq.