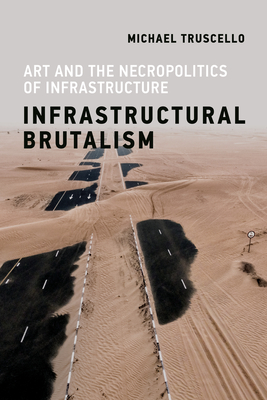 Truscello explores the necropolitics of infrastructure—how infrastructure determines who may live and who must die—through the lens of artistic media. He examines the white settler nostalgia of “drowned town” fiction written after the Tennessee Valley Authority flooded rural areas for hydroelectric projects; argues that the road movie represents a struggle with liberal governmentality; considers the ruins of oil capitalism, as seen in photographic landscapes of postindustrial waste; and offers an account of “death train narratives” ranging from the history of the Holocaust to postapocalyptic fiction. Finally, he calls for “brisantic politics,” a culture of unmaking that is capable of slowing the advance of capitalist suicide. “Brisance” refers to the shattering effect of an explosive, but Truscello uses the term to signal a variety of practices for defeating infrastructural power. Brisantic politics, he warns, would require a reorientation of radical politics toward infrastructure, sabotage, and cascading destruction in an interconnected world.

Michael Truscello is Associate Professor in the Departments of English and General Education at Mount Royal University, Calgary.

"From the sea of books that are published each year, every once in a while something truly brilliant washes ashore and radically changes the way we think about the world. Infrastructural Brutalism is one of those books. Truscello has produced a visionary critique of infrastructure, positioning it not as mere connection or capillary, but as a noxious reflection of the cruelty of capitalism and the dissonance, despair, and death that it delivers."
– Simon Springer, Professor of Human Geography, Univeresity of Newcastle, Australia; author of The Anarchist Roots of Geography and Violent Neoliberalism

"Capital wills itself to become infrastructure. Yet industrial capitalism now strangles life to the extent that we become weedy survivors in the cracks of its cementscape. Truscello’s fascinating study probes the death drive of contemporary capital though its necroaesthetics while summoning a politics that could rupture this suicidal trajectory."
– Dominic Boyer, Professor, Rice University; author of Energopolitics: Wind and Power in the Anthropocene

"Infrastructural Brutalism is a provocative and radical contribution to contemporary infrastructure studies. Truscello’s work here is erudite, inventive, and politically charged. My scholar’s brain is buzzing, and my activist’s heart is pumping."
– Darin Barney, Grierson Chair in Communication Studies, McGill University; author of The Network Society