Islamic Science and the Making of the European Renaissance (Transformations: Studies in the History of Science and Technology) (Paperback) 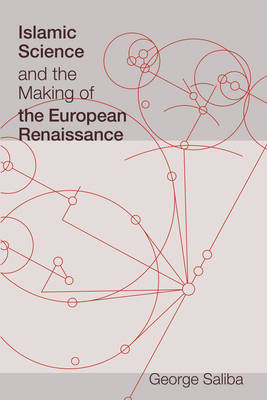 The rise and fall of the Islamic scientific tradition, and the relationship of Islamic science to European science during the Renaissance.

The Islamic scientific tradition has been described many times in accounts of Islamic civilization and general histories of science, with most authors tracing its beginnings to the appropriation of ideas from other ancient civilizations—the Greeks in particular. In this thought-provoking and original book, George Saliba argues that, contrary to the generally accepted view, the foundations of Islamic scientific thought were laid well before Greek sources were formally translated into Arabic in the ninth century. Drawing on an account by the tenth-century intellectual historian Ibn al-Naidm that is ignored by most modern scholars, Saliba suggests that early translations from mainly Persian and Greek sources outlining elementary scientific ideas for the use of government departments were the impetus for the development of the Islamic scientific tradition. He argues further that there was an organic relationship between the Islamic scientific thought that developed in the later centuries and the science that came into being in Europe during the Renaissance.

Saliba outlines the conventional accounts of Islamic science, then discusses their shortcomings and proposes an alternate narrative. Using astronomy as a template for tracing the progress of science in Islamic civilization, Saliba demonstrates the originality of Islamic scientific thought. He details the innovations (including new mathematical tools) made by the Islamic astronomers from the thirteenth to sixteenth centuries, and offers evidence that Copernicus could have known of and drawn on their work. Rather than viewing the rise and fall of Islamic science from the often-narrated perspectives of politics and religion, Saliba focuses on the scientific production itself and the complex social, economic, and intellectual conditions that made it possible.

George Saliba is Professor of Arabic and Islamic Studies in the Department of Middle East and Asian Studies at Columbia University. He is the author or editor of six other books in Arabic and English.