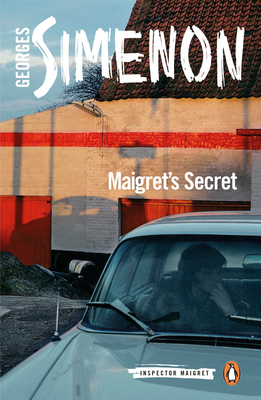 This is book number 54 in the Inspector Maigret series.

At a lavish dinner party, Inspector Maigret recounts the tale of an old case that has haunted him for years

At one of his friends’ frequent dinner parties, Maigret shares the story of a case from a few years back that haunts him to this day, in which a man named Adrien Josset was found guilty and was executed for the murder of his wife, Christine. Adrien had been a weak-willed, mild-mannered man, but Christine, who was much wealthier than he, had used her connections to land him an influential position in an important career. Maigret had interviewed Adrien only once when the examining magistrate took over the case and successfully moved to have him executed. But though all the clues pointed to Adrien’s guilt, Maigret remained unconvinced, and years later, he still doubts the murderer’s true identity.

Maigret’s Secret is a thought-provoking dive into the machinations of justice, and the ways in which they can sweep away an innocent man’s life.

Georges Simenon (1903-1989) was born in Liège, Belgium. He is best known in the English-speaking world as the author of the Inspector Maigret books. His prolific output of more than four hundred novels and short stories has made him a household name in continental Europe.