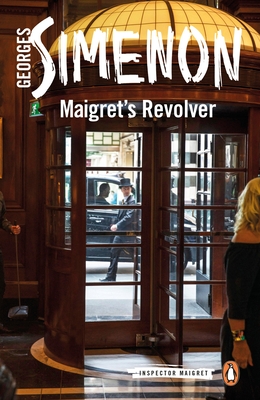 This is book number 40 in the Inspector Maigret series.

When Inspector Maigret’s .45 revolver is stolen from his home, he becomes embroiled in a murder in which the gun may have played a deadly role

Maigret is the victim of a burglary in which the .45 revolver he had received as a gift from the FBI is stolen. That evening Maigret attends a dinner where François Lagrange, an acquaintance of Maigret’s friend, is expected but fails to appear due to ill health. Following his instincts, Maigret decides to investigate Lagrange’s absence and uncovers a body stowed in a trunk, as well as Lagrange, who refuses to talk and seems to have lost his mind. Only Maigret can uncover the truth—and the fateful role his revolver may have played.

Georges Simenon (1903-1989) was born in Liège, Belgium. He is best known in the English-speaking world as the author of the Inspector Maigret books. His prolific output of more than four hundred novels and short stories has made him a household name in continental Europe.