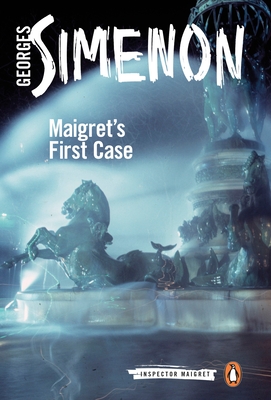 This is book number 30 in the Inspector Maigret series.

When a Paris musician witnesses an altercation that may have been a murder, the young Inspector Maigret becomes embroiled in his first case

A musician walking home along the Rue Chaptal in the early hours of the morning sees a panic-stricken woman call for help from an upstairs window; moments later he hears a gun shot. He tries to go to her assistance, pushing past the man who opens the door upon his frantic knocking, but he finds himself roughly ejected from the premises. Undeterred, he heads for the nearest police station and urges Maigret to return with him and find out what has taken place.

With this look into the man he once was and how he became the insightful inspector we have some to know, Simenon offers new insights into the brilliance of Maigret.

Georges Simenon (1903–1989) began work as a reporter for a local newspaper at the age of sixteen, and at nineteen he moved to Paris to embark on a career as a novelist. He went on to write seventy-five Maigret novels and twenty-eight Maigret short stories.