Galaxies: Birth and Destiny of Our Universe (Hardcover) 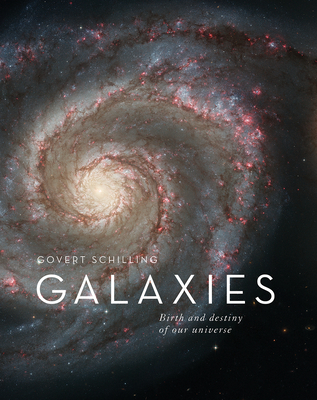 A sweeping tour of the galaxies, from our Milky Way to infinity.

Galaxies are glittering islands in the Universe, interwoven in the web of Dark Matter. From Earth's mountaintops enormous telescopes peer deep beyond the Milky Way, while space telescopes locate majestic images, and through seemingly miraculous technology, capture them for us to look at and learn with amazement.

Featuring the most recent, best, and even startling images with detailed captions highlighting accessible text, Galaxies shows the restless universe beyond our atmosphere. Photographs are from more than 30 of the world's largest ground-based telescopes, including the largest to date, the European Southern Observatory's Very Large Telescope in Chile. It will not be until 2025 that an even larger telescope, the Giant Magellan Telescope, will join its neighbor in the mountains of Chile and open a wider window into the dark Universe. Images are also featured from the Hubble Space Telescope, which has continued to operate long past its expected life and to astound and astonish stargazers worldwide.

Here is the glory of the galaxies:

Govert Schilling is an internationally acclaimed astronomy writer. He is a contributing editor of Sky and Telescope and his articles have appeared in Science, New Scientist and BBC Sky at Night magazines. He is the author of more than 50 books on a wide variety of astronomical topics.