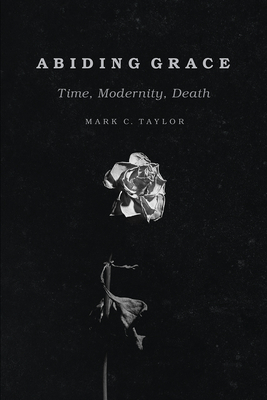 Post-war, post-industrialism, post-religion, post-truth, post-biological, post-human, post-modern. What succeeds the post- age? Mark C. Taylor returns here to some of his central philosophical preoccupations and asks: What comes after the end?

Abiding Grace navigates the competing Hegelian and Kierkegaardian trajectories born out of the Reformation and finds Taylor arguing from spaces in between, showing how both narratives have shaped recent philosophy and culture. For Hegel, Luther’s internalization of faith anticipated the modern principle of autonomy, which reached its fullest expression in speculative philosophy.  The closure of the Hegelian system still endures in the twenty-first century in consumer society, financial capitalism, and virtual culture. For Kierkegaard, by contrast, Luther’s God remains radically transcendent, while finite human beings and their world remain fully dependent. From this insight, Heidegger and Derrida developed an alternative view of time in which a radically open future breaks into the present to transform the past, demonstrating that, far from autonomous, life is a gift from an Other that can never be known.

Offering an alternative genealogy of deconstruction that traces its pedigree back to readings of Paul by way of Luther, Abiding Grace presents a thoroughgoing critique of modernity and postmodernity’s will to power and mastery. In this new philosophical and theological vision, history is not over and the future remains endlessly open.

Mark C. Taylor is professor of religion at Columbia University and the Cluett Professor of Humanities emeritus at Williams College. He is the founding editor of the Religion and Postmodernism series published by the University of Chicago Press and is the author of over thirty books, including Speed Limits: Where Time Went and Why We Have So Little Left and Abiding Grace: Time, Modernity, Death.

"Mark Taylor continues to demonstrate his deep knowledge of major thinkers from the past two centuries—in particular, Hegel and Kierkegaard, Heidegger and Derrida, among a host of others. He summarizes his own intellectual journey through reference to these too-little known shapers of our contemporary culture. And he connects those reflections with the crucial themes of abiding grace and the generosity of love in ways that are compelling, especially to those of us who are getting closer to the death that we all face."
— George Rupp, Columbia University