A Socialist Peace?: Explaining the Absence of War in an African Country (Paperback) 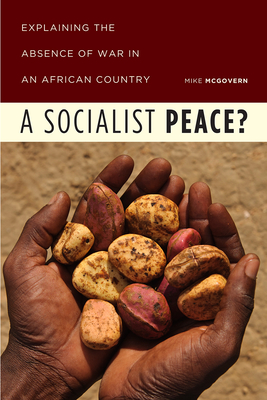 For the last twenty years, the West African nation of Guinea has exhibited all of the conditions that have led to civil wars in other countries, and Guineans themselves regularly talk about the inevitability of war. Yet the country has narrowly avoided conflict again and again. In A Socialist Peace?, Mike McGovern asks how this is possible, how a nation could beat the odds and evade civil war.

Guinea is rich in resources, but its people are some of the poorest in the world. Its political situation is polarized by fiercely competitive ethnic groups. Weapons flow freely through its lands and across its borders. And, finally, it is still recovering from the oppressive regime of Sékou Touré. McGovern argues that while Touré’s reign was hardly peaceful, it was successful—often through highly coercive and violent measures—at establishing a set of durable national dispositions, which have kept the nation at peace. Exploring the ambivalences of contemporary Guineans toward the afterlife of Touré’s reign as well as their abiding sense of socialist solidarity, McGovern sketches the paradoxes that undergird political stability.

Mike McGovern is associate professor of anthropology at the University of Michigan. He is the author of Making War in Côte d’Ivoire and Unmasking the State, both also published by the University of Chicago Press.

“Based on a deep reading of the statements and actions of key players and ordinary Guineans, A Socialist Peace? reveals important micro-level insight into the macro-level problem of explaining how and why conflict doesn’t break out in an African state. McGovern provides a provocative and entirely convincing argument about the dynamics of state building and conflict in an authoritarian state over the past fifty years. Tapping a wealth of ethnographic material and close readings of primary sources, this theoretically elegant book deserves comparison to classic works on conflict and state formation in other parts of the world. It will immediately gain recognition as a major work and is sure to change the way that people think about postcolonial legacies in Africa and their influences on contemporary politics.”
— William Reno, Northwestern University

“A formidable read in its own right, A Socialist Peace? is also a wonderful follow-up to McGovern’s previous book on Guinea. Based on an incredible amount of field research in the depths of the biggest rain forest in West Africa, it is bound to become a must read in the anthropology of the state and in the comparative study of postsocialist contexts and legacies.”
— Ramon Sarró, University of Oxford