The Invention of Suspicion: Law and Mimesis in Shakespeare and Renaissance Drama (Paperback) 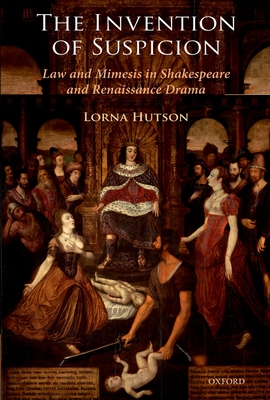 The Invention of Suspicion argues that the English justice system underwent changes in the sixteenth century that, because of the system's participatory nature, had a widespread effect and a decisive impact on the development of English Renaissance drama. These changes gradually made evidence evaluation a popular skill: justices of peace and juries were increasingly required to weigh up the probabilities of competing narratives of facts. At precisely the same time, English dramatists were absorbing, from Latin legal rhetoric and from Latin comedy, poetic strategies that enabled them to make their plays more persuasively realistic, more 'probable'. The result of this enormously rich conjunction of popular legal culture and ancient forensic rhetoric was a drama in which dramatis personae habitually gather evidence and 'invent' arguments of suspicion and conjecture about one another, thus prompting us, as readers and audience, to reconstruct this 'evidence' as stories of characters' private histories and inner lives. In this drama, people act in uncertainty, inferring one another's motives and testing evidence for their conclusions. As well as offering an overarching account of how changes in juridical epistemology relate to post-Reformation drama, this book examines comic dramatic writing associated with the Inns of Court in the overlooked decades of the 1560s and 70s. It argues that these experiments constituted an influential sub-genre, assimilating the structures of Roman comedy to current civic and political concerns with the administration of justice. This sub-genre's impact may be seen in Shakespeare's early experiments in revenge tragedy, history play and romance comedy, in Titus Andronicus, Henry VI and The Comedy of Errors, as well as Jonson's Every Man in his Humour, Bartholomew Fair and The Alchemist. The book ranges from mid-fifteenth century drama, through sixteenth century interludes to the drama of the 1590s and 1600s. It draws on recent research by legal historians, and on a range of legal-historical sources in print and manuscript.