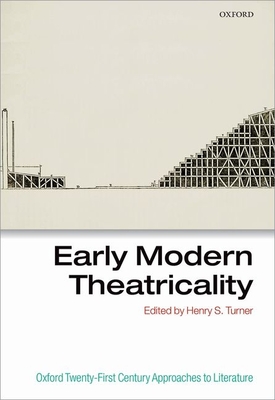 The original essays in Oxford Twenty-First Century Approaches to Literature mean to provoke rather than reassure, to challenge rather than codify. Instead of summarizing existing knowledge, scholars working in the field aim at opening fresh discussion; instead of emphasizing settled consensus,
they direct their readers to areas of enlivened and unresolved debate. Following the models established by previous volumes in the Oxford Twenty-First Century Approaches to Literature series, Early Modern Theatricality launches a new generation of scholarship on early modern drama by focusing on the rich formal capacities of theatrical performance. The collection
gathers some of the most innovative critics in the field to examine the techniques, objects, bodies, and conventions that characterized early modern theatricality, from the Tudor period to the Restoration. Taking their cues from a series of guiding keywords, the contributors identify the fundamental
features of theatricality in the period, using them to launch conceptually adventurous arguments. The volume generates fresh possibilities for criticism by combining historical, formal, and philosophical questions, in order to provoke our rediscovery of early modern drama in all its complexity and
inventiveness.

Henry S. Turner, Professor of English, Rutgers University Henry S. Turner is Professor of English at Rutgers University, New Brunswick. He is the author of The English Renaissance Stage: Geometry, Poetics, and the Practical Spatial Arts, 1580-1630 (Oxford, 2006), and Shakespeare's Double Helix (Continuum, 2008). He is also editor of The Culture of Capital: Property, Cities, and Knowledge in Early Modern England (Routledge, 2002) and co-editor of the book series Literary and Scientific Cultures of Early Modernity at Ashgate Press. His essays have appeared in Shakespeare Quarterly, Renaissance Drama, Configurations, Isis, South Central Review, differences, and postmedieval. His work has been supported by grants from the American Council of Learned Societies, the National Humanities Center, and the National Endowment for the Humanities.