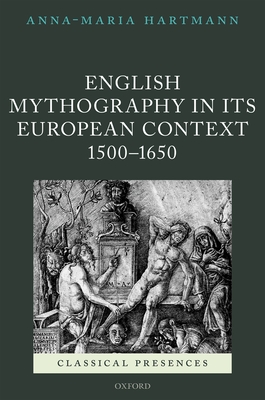 Greco-Roman mythology and its reception are at the heart of the European Renaissance, and mythographies-texts that collected and explained ancient myths-were considered indispensable companions to any reader of literature. Despite the importance of this genre, English mythographies have not
gained sustained critical attention, largely because they have been wrongly considered mere copies of their European counterparts. This volume focuses on the English mythographies written between 1577 and 1647 by Stephen Batman, Abraham Fraunce, Francis Bacon, Henry Reynolds, and Alexander Ross: it
places their texts into a wider, European context to reveal their unique English take on the genre and also unfolds the significant role myth played in the broader culture of the period, influencing not only literary life, natural philosophy and poetics, but also religious conflicts and Civil War
politics. In doing so it demonstrates, for the first time, the considerable explanatory value classical mythology holds for the study of the English Renaissance and its literary culture in particular, and how early modern England answered a question we still find fascinating today: what is myth?