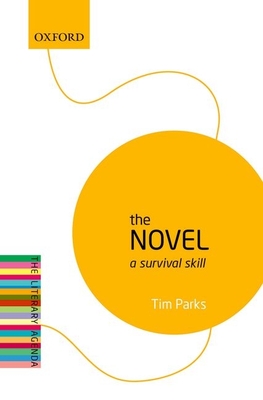 By Tim Parks
Unavailable, our apologies.
Sorry, We Can Not Obtain this Book at This Time

The Literary Agenda is a series of short polemical monographs about the importance of literature and of reading in the wider world and about the state of literary education inside schools and universities. The category of the literary has always been contentious. What is clear, however, is
how increasingly it is dismissed or is unrecognized as a way of thinking or an arena for thought. It is skeptically challenged from within, for example, by the sometimes rival claims of cultural history, contextualized explanation, or media studies. It is shaken from without by even greater
pressures: by economic exigency and the severe social attitudes that can follow from it; by technological change that may leave the traditional forms of serious human communication looking merely antiquated. For just these reasons this is the right time for renewal, to start reinvigorated work into
the meaning and value of literary reading. The Novel: A Survival Skill is the fruit of a lifetime's search for a different, more immediate, but again systematic and serious way of talking about literature. Developed over many years, it offers a completely new account of the relationship between a writer, his or her work, and the reader. As
such it radically undermines traditional literary criticism and the various criteria used for evaluating a work of fiction. Drawing on ideas from systemic psychology, Tim Parks suggests that both the content and style of a novelist's work, the kind of stories told and the way in which they are told,
form part of a more general strategy or simply habit of communication that the novelist has learned within his or her family of origin. The reader reacts to these in very much the same way he or she would react to the same communicative strategy in a real life encounter, different readers reacting
differently depending on their own backgrounds and habits of communication. Looking at the different value structures that can dominate in any family--good/evil, independence/dependence, success/failure, belonging/exclusion--this book looks at how a number of major writers position themselves within these value structures, how this positioning is manifest in their writing,
and how readers have responded to this depending on their own positioning in the same semantics. Thomas Hardy, for example, a man eager to believe himself courageous but terrified of the consequences of any socially unacceptable behavior, constructs stories which are courageous in their
willingness to debate difficult issues, but which constantly suggest that any attempt to behave courageously is condemned to disaster. Hardy, as it were, imprisons himself in a world where it is folly to take risks. He is thus exceedingly conservative in his life, while at the same time able to
think of himself as courageous in his writing. The Novel: A Survival Skill looks at the way different readers in different periods respond to this depending on their own position with regard to fear, courage, social convention and so on.

Born in Manchester in 1954, Tim Parks studied at Cambridge and Harvard before moving permanently to Italy in 1981. Author of three bestselling books on Italy, and fifteen novels, including the Booker short-listed Europa, and most recently Painting Death, he has translated works by Moravia, Calvino, Calasso, Machiavelli and Leopardi. While running a post-graduate degree course in translation at IULM University, Milan, he writes regularly for the LRB and the NYRB. His non-fiction works include, Translating Style, a literary approach to translation problems, Medici Money, an account of therelation between banking, the Church and art in the 15th century, and four accounts of life in contemporary Italy, Italian Neighbours, An Italian Education, A Season with Verona and Italian Ways, on and off the rails from Milan to Palermo.