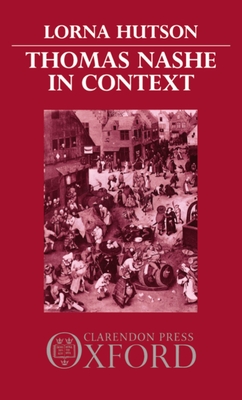 Offering an entirely new interpretation of the economic context of 16th-century literature, this book challenges the tendency to explain Nashe's texts in journalistic and commercial terms. Hutson reveals a previously overlooked link between humanist approaches to the literary text and the social and ethical transformation of the English economy. She blames lack of literary activity in general on the political emphasis and value placed on the printed word, and demonstrates that Nashe's work was the result of an intricate, socially engaged imagination rather than an eccentric sensibility.