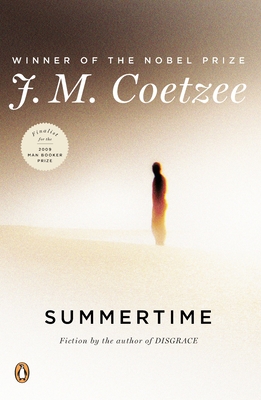 This is book number 3 in the Scenes from Provincial Life series.

"Not since Disgrace, has he written with such urgency and feeling." -The New Yorker

Nobel Prize-winning author J. M. Coetzee's new book follows a young biographer as he works on a book about the late writer, John Coetzee. The biographer embarks on a series of interviews with people who were important to Coetzee during the period when he was "finding his feet as a writer"-in his thirties and sharing a run-down cottage in the suburbs of Cape Town with his widowed father. Their testimonies create an image of an awkward, reserved, and bookish young man who finds it difficult to connect with the people around him. An innovative and inspired work of fiction-incisive, elegant, and often surprisingly funny- Summertime allows one of the most revered writers of our time to imagine his own life with a critical and unsparing eye.