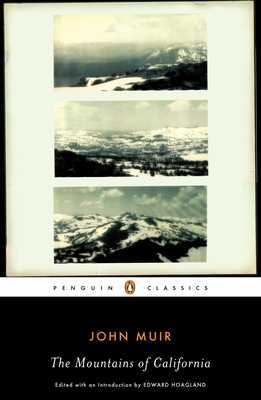 This Penguin Classic-Muir's first book-puts a pioneering conservationist's passion for nature in high relief. With a poet's sensitivity and a naturalist's eye, Muir celebrates the Sierra Nevada, which he dedicated his life to saving, and recounts his breathtaking visits to Yosemite Valley, Kings Canyon, Sequoia Groves, and Mount Whiskey. The Mountains of California is an affecting celebration of raw nature by one of its most ardent defenders.

"Mr. Muir is a nature-lover of a fine type, one of the best the country has produced."
--John Burroughs