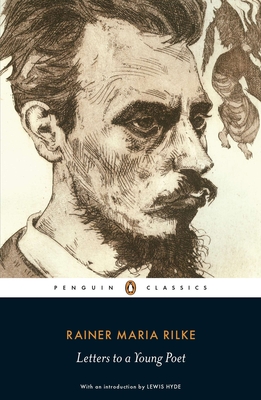 By Rainer Maria Rilke, Charlie Louth (Translated by), Lewis Hyde (Introduction by)
$14.00
On Our Shelves Now - Available to Ship to Your Home

Dispatches from the unfathomable depths of Rilke's empathy. How did he know that you, yes, specifically you, were someday going to need these letters?

At the start of the twentieth century, Rainer Maria Rilke wrote a series of letters to a young officer cadet, advising him on writing, love, sex, suffering, and the nature of advice itself. These profound and lyrical letters have since become hugely influential for generations of writers and artists of all kinds, including Lady Gaga and Patti Smith. With honesty, elegance, and a deep understanding of the loneliness that often comes with being an artist, Rilke’s letters are an endless source of inspiration and comfort. Lewis Hyde’s new introduction explores the context in which these letters were written and how the author embraced his isolation as a creative force. This edition also includes Rilke’s later work The Letter from the Young Worker.

For more than 80 years, Penguin has been the leading publisher of classic literature in the English-speaking world. With more than 1,700 titles, Penguin Classics represents a global bookshelf of the best works throughout history and across genres and disciplines. Readers trust the series to provide authoritative texts enhanced by introductions and notes by distinguished scholars and contemporary authors, as well as up-to-date translations by award-winning translators.

Rainer Maria Rilke (1875–1926) studied literature, art history, and philosophy in both Munich and Prague and is often considered one of the German language's greatest twentieth-century poets. His two most famous verse sequences are the Sonnets to Orpheus and the Duino Elegies; his two most famous prose works are Letters to a Young Poet and the semiautobiographical The Notebooks of Malte Laurids Brigge.

Charlie Louth is a fellow at Queen's College, Oxford, where he lectures in German. He is the author of Hölderlin and the Dynamics of Translation.

Lewis Hyde is the author of the hundred-million-copy bestseller The Gift. A MacArthur fellow and former director of undergraduate creative writing at Harvard University, Hyde is a fellow at Harvard's Berkman Center for Internet and Society. He lives in Cambridge, Massachusetts, and Gambier, Ohio.

"The common reader will be delighted by Stephen Mitchell’s new translation of that slim and beloved volume by Rilke, Letters to a Young Poet . . . the best yet."
--Los Angeles Times