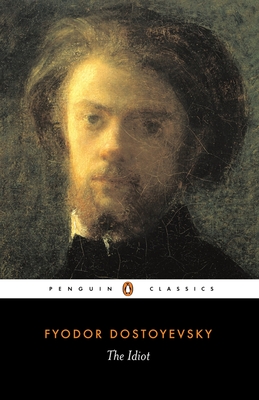 The most autobiographical novel by the author of Crime and Punishment and The Brothers Karamazov—and the namesake of Elif Batuman’s debut novel, The Idiot

Returning to St Petersburg from a Swiss sanatorium, the gentle and naïve epileptic Prince Myshkin— known as the “idiot”—pays a visit to his distant relative General Yepanchin and proceeds to charm the General and his family. But his life is thrown into turmoil when he chances on a photograph of the beautiful Nastasya Filippovna. Utterly infatuated, he soon finds himself caught up in a love triangle and drawn into a web of blackmail, betrayal, and finally, murder. In Prince Myshkin, Dostoyevsky portrays the purity of “a truly beautiful soul” and explores the perils that innocence and goodness face in a corrupt world.

David McDuff's translation brilliantly captures the novel's idiosyncratic and dream-like language and the nervous, elliptic flow of the narrative. This edition also contains an introduction by William Mills Todd III, which is a fascinating examination of the pressures on Dostoyevsky as he wrote the story of his Christ-like hero.

Fyodor Dostoyevsky (1821–1881) was a Russian novelist, journalist, and short-story writer whose novels Crime and Punishment and The Brothers Karamazov rank among the greatest of the nineteenth century.

David McDuff (translator) has translated many works of nineteenth-century Russian literature, including works by Dostoyevsky, Tolstoy, and Leskov for Penguin Classics.

William Mills Todd III (introducer) is a professor of Slavic languages at Harvard.

“A book that manages like no other to plunge fearlessly into suffering while at the same time illuminating the enduring, almost unspeakable beauty of the human.” —Laurie Sheck, The Atlantic

“One of the most excoriating, compelling, and remarkable books ever written: and without question one of the greatest.” —A. C. Grayling

“A masterpiece . . . a fact of world literature just as important as the densely dramatic Brothers Karamazov or the brilliantly subtle and terrifying Devils. . . . [an] excellent new translation.” —The Guardian

“[The Idiot's] narrative is so compelling.” —Rowan Williams, Archbishop of Canterbury