Importance of Being Earnest (Paperback) 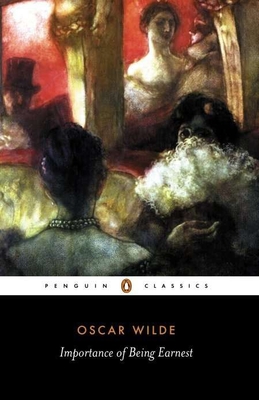 The crowning plays of one of Ireland's most heralded artists

Oscar Wilde was at once a family man and a homosexual outsider, a socialite, socialist, and Irish nationalist. His contradictions inspired him to ponder the roles and masks donned in conventional society, and his acute and wry insights are wonderfully displayed in this collection of his essential plays. Known not only for his brilliant, epigrammatic language, but also for his sense of theatrical design, color, and staging, Wilde created an enduring body of finely crafted works, whose delights and ironies still speak to modern audiences. In addition to Lady Windermere's Fan, Salomé, A Woman of No Importance, An Ideal Husband, A Florentine Tragedy, and The Importance of Being Earnest, this edition contains an introduction, notes and commentaries, and an excised scene from The Importance of Being Earnest.

Oscar Wilde (1854–1900) was an Irish writer, poet, and playwright. His novel, The Picture of Dorian Gray, brought him lasting recognition, and he became one of the most successful playwrights of the late Victorian era with a series of witty social satires, including his masterpiece, The Importance of Being Earnest.