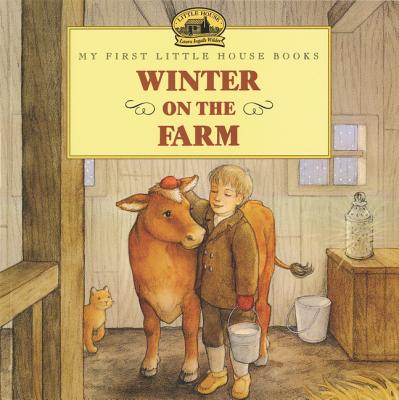 With this illustrated adaptation from the beloved Little House series, the youngest readers can share in the joy of Laura Ingalls Wilder’s beloved classics. This picture book is an excellent choice to share during homeschooling, in particular for children ages 4 to 6. It’s a fun way to learn to read and as a supplement for activity books for children.

This My First Little House book introduces Almanzo Wilder, the young boy from Farmer Boy who would one day marry Laura Ingalls. Winter has come to the Wilder family farm in upstate New York. Almanzo goes through his afternoon barn chores, and then sits down to eat a hearty farm supper with his family.

Jody Wheeler’s illustrations are based on Garth Williams’ classic artwork.

Laura Ingalls Wilder (1867–1957) was born in a log cabin in the Wisconsin woods. With her family, she pioneered throughout America’s heartland during the 1870s and 1880s, finally settling in Dakota Territory. She married Almanzo Wilder in 1885; their only daughter, Rose, was born the following year. The Wilders moved to Rocky Ridge Farm at Mansfield, Missouri, in 1894, where they established a permanent home. After years of farming, Laura wrote the first of her beloved Little House books in 1932. The nine Little House books are international classics. Her writings live on into the twenty-first century as America’s quintessential pioneer story.

Jody Wheeler is the illustrator of over forty books for children, including three picture books about Almanzo Wilder. She lives in New York City.