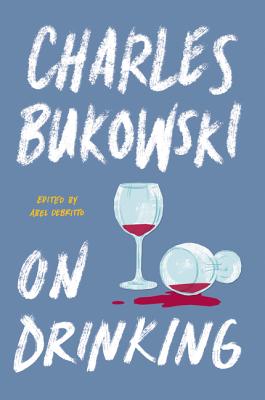 The definitive collection of works on a subject that inspired and haunted Charles Bukowski for his entire life: alcohol

Charles Bukowski turns to the bottle in this revelatory collection of poetry and prose that includes some of the writer’s best and most lasting work. A self-proclaimed “dirty old man,” Bukowski used alcohol as muse and as fuel, a conflicted relationship responsible for some of his darkest moments as well as some of his most joyful and inspired.

In On Drinking, Bukowski expert Abel Debritto has collected the writer’s most profound, funny, and memorable work on his ups and downs with the hard stuff—a topic that allowed Bukowski to explore some of life’s most pressing questions. Through drink, Bukowski is able to be alone, to be with people, to be a poet, a lover, and a friend—though often at great cost. As Bukowski writes in a poem simply titled “Drinking,”: “for me/it was or/is/a manner of/dying/with boots on/and gun/smoking and a/symphony music background.”

On Drinking is a powerful testament to the pleasures and miseries of a life in drink, and a window into the soul of one of our most beloved and enduring writers.

Charles Bukowski is one of America’s best-known contemporary writers of poetry and prose and, many would claim, its most influential and imitated poet. He was born in 1920 in Andernach, Germany, to an American soldier father and a German mother, and brought to the United States at the age of two. He was raised in Los Angeles and lived there for over fifty years. He died in San Pedro, California, on March 9, 1994, at the age of seventy-three, shortly after completing his last novel, Pulp.

Abel Debritto, a former Fulbright scholar and current Marie Curie fellow, works in the digital humanities. He is the author of Charles Bukowski, King of the Underground, and the editor of the Bukowski collections On Writing, On Cats, and On Love.