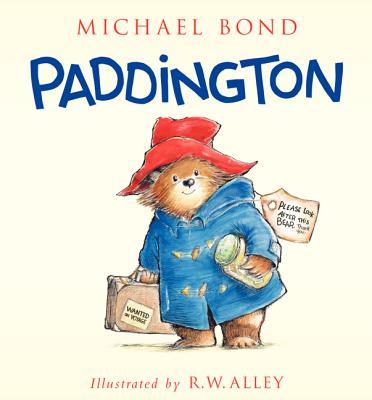 By Michael Bond, R. W. Alley (Illustrator)
$17.99
In Stock at Publisher - Available to Ship to Your Home

Over fifty years ago, a small bear set out on the adventure of a lifetime. With nothing but a suitcase, several jars of marmalade, and a label around his neck that read, "Please look after this bear. Thank you," he crossed the ocean heading for England. When he arrived at London's busy Paddington Station, he was discovered by Mr. and Mrs. Brown. As luck would have it, the Browns were just the sort of people to welcome a lost bear into their family—and their lives would never be the same.

Paddington Bear has charmed readers around the world with his earnest good intentions and humorous misadventures. This newly repackaged edition of the classic picture book, with illustrations by R. W. Alley, is the perfect introduction to Paddington Bear for young readers.