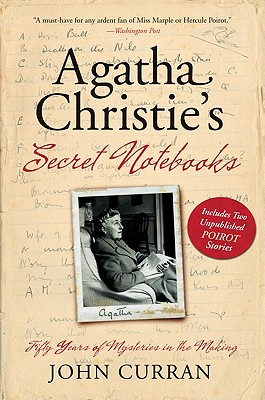 John Curran is the longtime literary adviser to Agatha Christie’s estate. For many years he edited the official Agatha Christie newsletter and acted as consultant to the National Trust during its restoration of Greenway House, Christie’s Devon home. He lives in Dublin.

“The most fascinating aspect of the notebooks is the rare glimpse they allow into the mind of a writer, especially one as imaginative as Christie....An appealing read for Christie-philes.” — Publishers Weekly

“A must-have for any ardent fan of Miss Marple or Hercule Poirot.” — Washington Post

“A must for all Christie fans.” — Newark Star-Ledger

“Provides a unique look into the mind and working habits of one of the world’s most successful authors.” — Tulsa World

“A meticulously detailed study that is packed with shrewd perceptions about Christie’s fiction....Curran has produced an enthralling miscellany of a book, in which her fans will rummage to their heart’s content.” — Sunday Times (London)

“Many of Curran’s discoveries will shape how Christie is read in future....This book is fascinating.” — The Independent on Sunday

“[Curran] has organized his material as efficiently as an Agatha Christie mystery….[His] enthusiasm for his subject carries us along.” — Irish Times