Before I Fall (Paperback) 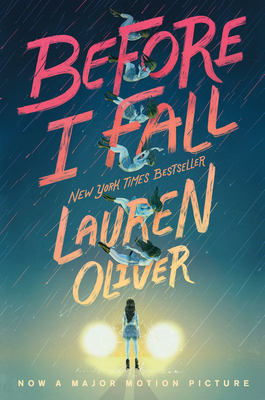 With this stunning debut novel, New York Times bestselling author Lauren Oliver emerged as one of today's foremost authors of young adult fiction. Like Jay Asher's Thirteen Reasons Why and Gayle Forman's If I Stay, Before I Fall raises thought-provoking questions about love, death, and how one person's life can affect so many others.

For popular high school senior Samantha Kingston, February 12—"Cupid Day"—should be one big party, a day of valentines and roses and the privileges that come with being at the top of the social pyramid. And it is…until she dies in a terrible accident that night.

However, she still wakes up the next morning. In fact, Sam lives the last day of her life seven times, until she realizes that by making even the slightest changes, she may hold more power than she ever imagined.

Before I Fall is now a major motion picture Zoey Deutch, Halston Sage, and Kian Lawley. Named to numerous state reading lists, the novel was also recognized as a Best Book of the Year by Amazon.com, Barnes & Noble, The Daily Beast, NPR, and Publishers Weekly.

“Oliver’s debut novel is raw, emotional, and, at times, beautiful....readers will love Samantha best as she hurtles toward an end as brave as it is heartbreaking.”
— Publishers Weekly (starred review)

“Samantha’s attempts to save her life and right the wrongs she has caused are precisely what will draw readers into this complex story and keep them turning pages until Sam succeeds in living her last day the right way.”
— Voice of Youth Advocates (VOYA) (starred review)

“Oliver, in a pitch-perfect teen voice, explores the power we have to affect the people around us in this intensely believable first novel...This is a compelling book with a powerful message and should not be missed.”
— ALA Booklist

“Before I Fall is smart, complex, and heartbreakingly beautiful. Lauren Oliver has written an extraordinary debut novel about what it means to live—and die.”
— Carolyn Mackler, author of Tangled and The Earth, My Butt, and Other Big Round Things, a Printz Honor book