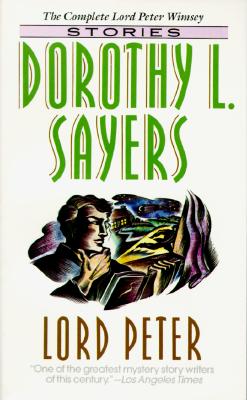 By Dorothy L. Sayers
$5.99
This book is out of stock indefinitely, unable to order at this time.

I first met Lord Peter Wimsey on a train (or rather, in an anthology of train-related murder mysteries), and pretty much instantly fell in love. Here are the collected short adventures of my new imaginary 1920's detective boyfriend.

All the Lord Peter Wimsey stories are here, in a single volume, including the one about Harriet, Peter and their three sons!

“She brought to the detective novel originality, intelligence and wit. She gave it a new style and a new direction, and she did more than almost any other writer of her age to make the genre intellectually respectable.”
— P.D. James

“What could be of greater joy to Wimsey fanciers than this volume of all the short stories about him?”
— San Francisco Examiner Chronicle