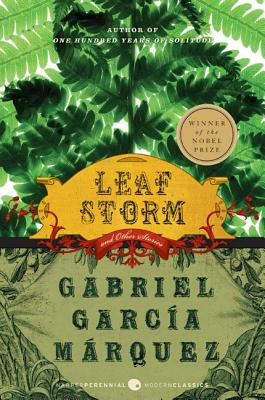 Contains Leaf Storm, The Handsomest Drowned Man in the World, A Very Old Man With Enormous Wings, Blacaman the Good, Vendor of Miracles, The Last Voyage of the Ghost Ship, Monologue of Isabel Watching It Rain in Macondo, Nabo

Gabriel García Márquez was born in 1927 in the town of Aracataca, Columbia.Latin America's preeminent man of letters, he was awarded the Nobel Prize in Literature in 1982. García Márquez began his writing career as a journalist and is the author of numerous other works of fiction and nonfiction, including the novels The Autumn of the Patriarch and Love in the Time of Cholera, and the autobiography Living to Tell the Tale. There has been resounding acclaim for his life's work since he passed away in April 2014.