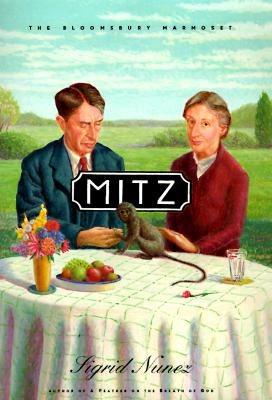 By Sigrid Nunez
Unavailable, our apologies.
Hard to Find

Praised as a "gifted storyteller" by the Chicago Tribune, the acclaimed author of A Feather on the Breath of God and Naked Sleeper delivers an enchanting fictional memoir about Leonard and Virginia Woolf's pet marmoset.

In 1934 "A sickly pathetic marmoset" named Mitz came into the care of Leonard Woolf. He nursed her back to health and from then on was rarely seen without the amusing monkey on his shoulder. A ubiquitous presence in Bloomsbury society, Mitz moved with the Wollfs between their homes in London and Sussex. She developed her own special relationships with the family's cocker spaniels and with the various members of the Woolfs' circle, among them T.S. Eliot and Vita Sackville-West. Mitz even played a vital role in helping the Woolfs escape a close call with Nazis in Germany just before World War II.

Now, using letters, diaries, and memoirs, award-winning novelist Sigrid Nunez reconstructs this unique creature's life against the fascinating backdrop of Bloomsbury in its twilight years. Tender, affectionate, and filled with humor, Mitz offers a glimpse into a singular time not only marked by the threat of war, the deaths of beloved friends and relations, and Virginia's near-breakdown under the strain of finishing her novel The Years, but also blessed with much happiness and productivity for the literary Woolfs. It is a novel as endearing and unforgettable as Mitz the marmoset herself.

One of the most respected writers in America today, Sigrid Nunez lives in New York City.

Sigrid Nunez's work has appeared in many leading literary journals. She lives in New York City.