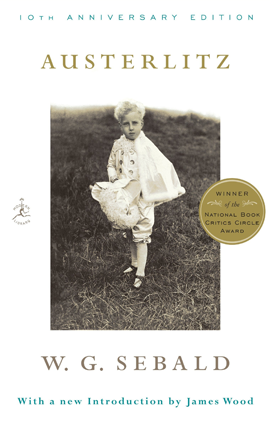 Four meetings, Wednesdays in September,
7pm EST via Zoom, beginning September 8th
VIRTUAL EVENT
Sprawling and ambitious, Austerlitz (2001) was the final novel published by the German writer W. G. Sebald (1944-2001). Entwining familiar themes of historical trauma, narrative and silence, and destructions both natural and man-made, it follows Jacques Austerlitz, an architectural historian haunted by the lost memories of his childhood, as he delves into a troubled past that echoes the worst calamities of the 20th century. The novel begins with Austerlitz, a Kindertransport child who grew up in Wales, deciding to retrace his journey from Czechoslovakia to Britain in 1939 in order to uncover the fate of the parents he left behind; as he makes his way through the libraries, train stations, and ruins of Europe, time itself seems to collapse, underscoring Sebold’s enduring belief that our histories haunt us in ways that defy easy understanding. “This is not so much a way of understanding the Holocaust,” Mark O’Connell later wrote in the New Yorker, “as it is a way of making us think about how we can’t understand the Holocaust.” 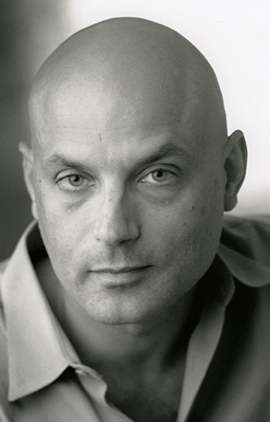 Daniel Mendelsohn is a frequent contributor to the New Yorker and the New York Review of Books, where he is Editor-at-Large. His books include the memoirs An Odyssey: A Father, a Son, and an Epic and The Lost: A Search for Six of Six Million as well as three collections of essays and criticism, most recently Ecstasy and Terror: From the Greeks to Game of Thrones. He teaches literature at Bard College.

(Ticket price includes the copy of the book and priority shipping)